Sydney and Nigel are off to Paris to authenticate both the find and the legend behind, after monks deliver a Knights Templar medallion to Dr. Jaebert, curator at the French Institute of Antiquities. In 1307, the Grand Master of the Knights Templar, Jacques de Molay, trusted the future of the Templars to his aide by commanding him to hide sacred documents and the Grand Master’s sword, believed to make the Grand Master invincible, from their enemies. Sydney and Nigel and an unlikely expert rush to puzzle the ancient clues together, before a greedy Relic Hunter can beat them. 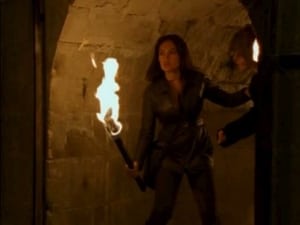