Sydney and Nigel go to Cairo to chase down the real tomb raider, when Sydney’s old friend Bruce Farrow is framed for plundering the tomb of Thutmose III and pocketing the Pharaoh’s diamond. The theft of the gem, believed to have fallen from the sky inside a meteor, lures mercenary Avery Ko, a rival Relic Hunter, from the shadows. The trail leads to Amsterdam, where the stone is to be cut and sold. Sydney, Nigel and Bruce discover that the rock is not a diamond, and if cut by laser, will unleash a force that could cause major destruction like the tomb’s hieroglyphs described. 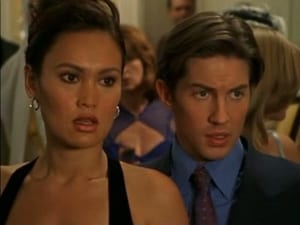